Divorced from her husband and her faith, Tova Mirvis finds freedomleo horoscope career

Divorced from her husband and her faith, Tova Mirvis finds freedomleo horoscope career’I never want to be in a position of forcing someone to partake in something they don’t want to be a part of. I know what it feels like to be on the other end of that,’ said Tova Mirvis, who left the Modern Orthodox Judaism in which she was raised. 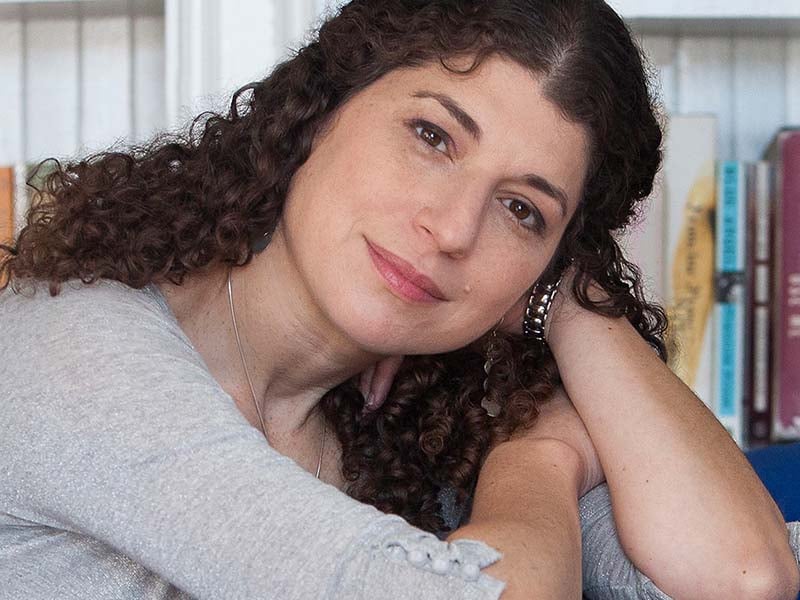 (RNS) — There was no single event that led writer Tova Mirvis to abandon her marriage and her Modern Orthodox faith. The rumblings began early and the final collapse took place around the time she turned 40.

Once she had stopped believing, remaining in a marriage predicated on living a strict Orthodox Jewish life with its myriad of daily rules had left her soul calloused, as she describes in her new memoir, “The Book of Separation.”

“The Book of Separation” by Tova Mirvis

The painfully honest book  is one in a growing genre of nonfiction accounts of leave-taking mostly from the ultra-Orthodox Jewish fold that includes Shulem Deen’s “All Who Go Do Not Return,” Leah Vincent’s “Cut Me Loose: Sin and Salvation After My Ultra-Orthodox Girlhood” and a dozen others.

Straying from prescribed roles is a theme that runs throughout Mirvis’ fiction, beginning with her popular debut novel, “The Ladies Auxiliary,” about the ouster of a nonconforming woman from a devout Memphis, Tenn., Jewish community.

Mirvis, who grew up in Memphis and now lives in the Boston suburbs, has not abandoned Judaism. She is still rearing her three children in the faith. But she no longer attends synagogue regularly and she lives outside the tightly knit community that has mostly shunned her. She recently married a secular Jewish man.

RNS spoke to Mirvis about her memoir, which takes its name from the biblical term for a Jewish divorce, “sefer kritut,” a book of rending. The interview has been edited for length and clarity.

The spate of new books about leaving Orthodoxy is long. What did you feel you wanted to add?

In my case, I wasn’t coming out of the ultra-Orthodox world. For them, the outside world was more or less forbidden and their stories chart an entry into the outside world from a place of close community. In my own experience in the Modern Orthodox community, it wasn’t as though the outside world was forbidden. It wasn’t that secular culture and secular ideas were off limits. It was that somehow you were supposed to blend the two: remain strictly religious and learn about ideas that were contradictory and somehow come up with a synthesis. I tried to do that. For me, it became an experience of constant cognitive dissonance, where what I thought, or was starting to believe, didn’t match the life I was living.

There are two separations in the book: from your marriage and from Modern Orthodoxy. How are the two related?

I spent a lot of time thinking, “Did one cause the other? Which is this about?” What I came to feel was that they were intertwined from the start. The idea of getting engaged at the age of 22 after a very short period of dating — that was only feasible in the religious world I lived in. In religious communities, marrying when you’re young is a way of keeping people inside before you have a chance to explore or question or doubt. If you get married young and have children when you’re young, there’s not really time to say “Who am I? What are the possible lives I might live, or the choices I might make that look different from the ones I was raised to believe in?”

In terms of the untangling, leaving one made it possible to leave the other. I felt like I couldn’t leave Orthodoxy and remain inside a marriage where that was a prerequisite. I also thought that in leaving my marriage I was opening up the possibility for other ways to be.

Is there an inherent tension between being Modern Orthodox and being a writer?

For my entire adult life I would have tried to protest very hard against the idea that there was a tension. I would have done verbal gymnastics to convince myself more than anyone else that they were entirely compatible. For some people it’s less a pronounced tension. For me, the tension became an insurmountable one. I believe in the idea that fiction really is about freedom, the sense that there are no true answers for a character, no world they must accept, no conclusion at the end of a question. I think religion has an outcome it wants. The idea of exploration is very hard. You’re supposed to know the answers from the outset. I felt that personally. I struggled to free myself as a writer, to be unimpeded by the voices of “What will people say? Is it negative? Is it positive? Is it nice? Is it not nice?,” which is a lot of how my work is discussed. I wanted to set aside those questions and find my own artistic freedom.

Orthodoxy has been the big subtext of your fiction. Now that you’ve left Orthodoxy, are you going to write about something else?

I’m still very interested in writing about religious communities. I’m interested in how people live with rules. From the very start my writing was interested in the tension between the individual and the community and our internal self and how we present ourselves. Those preoccupations remain. Even if you no longer observe in a certain way, at least for me, I remain shaped by it. I don’t think you ever fully leave a community that raised you and shaped your way of thinking. It’s too much a part of who I am.

Where are you at nowadays? Are you a secular Jew or have you found a new sphere to be Jewish?

It’s evolving. I definitely feel a part of the general Boston Jewish community and connected to various institutions. I feel a sense of Jewish community through my kids’ schools. Two of my children attend pluralist Jewish schools and I feel very connected to their mission, their tone, the voice they speak in. I would place myself as very connected to Jewish history and Jewish culture and I enjoy celebrating Jewish holidays. What’s different is that it doesn’t have a religious motivation or sense of obligation. It no longer feels like a compulsory activity the way it always did.

You remarried someone who is the exact opposite of your first husband: He is strictly nonobservant. Does that create tension?

Every marriage has to negotiate that. I never want to be in a position of forcing someone to partake in something they don’t want to be a part of. I know what it feels like to be on the other end of that. Our home straddles various layers of belief. I believe very strongly that religious belief should not be the dividing line in families. I don’t want the question of observance or belief to draw those lines through us.

People who leave tightly knit communities sometimes find it difficult to cope with the secular world and all the options out there. Have you found a sense of community or belonging?

One of the trade-offs of freedom is loneliness or lack of belonging or feeling untethered. For many people who don’t believe in the religious world they’re part of, you stay because belonging means a lot. Belonging without believing is something many people in the Orthodox world and beyond it know very well. When you leave, you do lose that sense of belonging.

But I do feel I can create community in lots of places. It takes more work. It’s not ready-made. I feel a sense of community through my children’s schools and through a writer’s community which has been wonderful for me in the Boston area.

As you said, lots of Jews don’t believe but they belong. And you?

For me, the question of belief is central. Belief matters. If you don’t believe in it and you do it anyway, it creates a hole inside you. I definitely felt that hole for a very long time.

As I got older it became harder as I raised children and had to answer their questions, so that I had to ask myself, “Do I really believe this thing I told them?” As I continued writing about this world and pushed myself, “Was I writing honestly? Was I writing freely?,” that cognitive dissonance became too hard. It was impossible to ignore.

leo horoscope careerDivorced from her husband and her faith, Tova Mirvis finds freedom