Against Clarity: A progressive Christian opposes rating churches on LGBT acceptanceastrological predictions for 2021

Against Clarity: A progressive Christian opposes rating churches on LGBT acceptanceastrological predictions for 2021’Human sexuality is not,’ writes Barbara G. Wheeler, ‘the decisive issue that determines whether a church body is acceptable or not.’ (COMMENTARY) 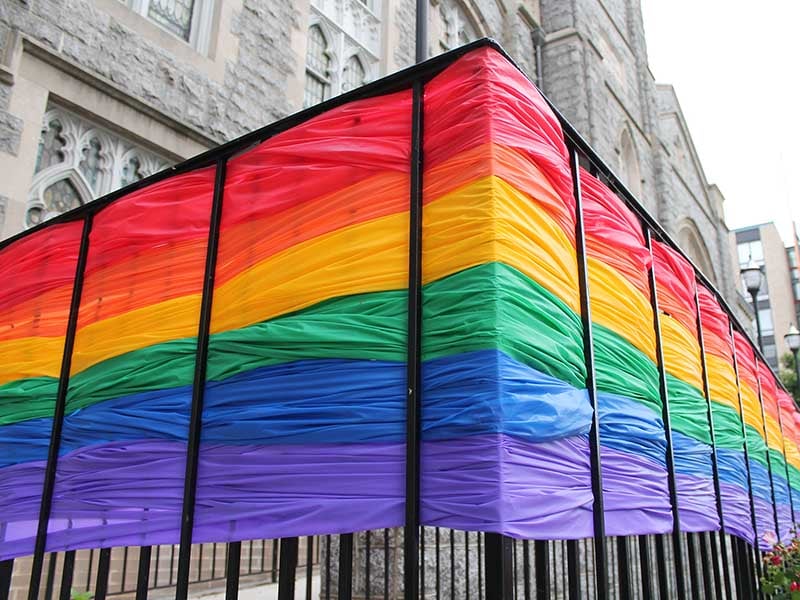 Editor’s note: The following article is a guest post from Barbara G. Wheeler.

(RNS) —As reported by RNS senior columnist Jonathan Merritt, an organization called Church Clarity wants to label as many congregations as possible “affirming” or “non-affirming” of LGBTQ+ members.

For decades, I have been an ally and advocate for ordination of LGBTQ persons in the church and for same-sex marriage in the church and society. Though we’ve experienced significant legal and policy changes in some quarters, I hope to see ever-wider acceptance, welcome and support of sexual minorities. For these purposes, I believe Church Clarity’s approach is likely to be counterproductive. Here are some reasons why:

Untrustworthy methods: Church Clarity allows congregations to apply for affirming (or, presumably, non-affirming) status, but labels will also be affixed based on public statements of leaders and reports from “crowdsourcing.” While the group claims that its volunteer staff verifies these data points, it does not say what counts as verification. This means that volunteers who know little about particular traditions will do some of the classifying — and frankly, they may be wrong.

Organizations are already in place in many mainline denominations and coalitions of churches that have gone through a long and careful process of choosing to identify themselves as open, affirming, “More Light,” and the like.

These organizations are more dependable guides for the person or family who wants to know how they are likely to be received than lists compiled by thirdhand report. A helpful role for Church Clarity would be to collate the membership lists of such organizations, adding other congregations that choose independently to self-identify as gay-friendly.

Poor predictors: It is often difficult to know who speaks for a whole congregation. Most are mixed theological, political and social bags. Mountains of research confirm the ideological gaps between clergy leaders and many of their congregants. Members of a local church are rarely if ever uniform in their beliefs, political opinions and views of social issues.

A congregation with a pro-LGBTQ+ policy on its website may also harbor a knot of longtime members who are uncomfortable with or even hostile to gay couples. The sole congregation in a rural town that includes everyone in the area who wants to go to church is likely to be widely diverse in theology and politics. It could never pass a policy statement on same-sex marriage, but it may fully accept its “own” gay members and elect them to leadership.

Is the former fully affirming? Is the latter fully non-affirming? Because few congregations are any one thing, published policies or lack thereof are often poor predictors of what an actual LGBTQ person or their family will experience in a particular place.

Change takes time: Church Clarity says that ambiguity on matters of human sexuality is “harmful,” but uncertainty and unclarity are often signs of change, a slow process for most of us. Many supporters and advocates of LGBTQ+ causes today were opponents when I entered the fray 40 years ago. The transformation took a long time, in good measure because sexuality is a marker issue, one that determines what groups you can or cannot belong to.

On this issue, for church members and leaders, the cost of public clarity with respect to either personal identity or theological and social views can be high. Family and church relationships, lifelong friendships, even employment are at stake. It takes time to negotiate a new stance, to come to terms with the possibility of ruptures, to find new sources of community and support.

Forcing persons and congregations to adopt a label, including the “harmful” labels of ambiguous or unclear, freezes the process of forming deep convictions at one point in time. This means that Church Clarity’s approach may make eventual affirmation of LGBTQ+ persons less, not more, likely.

No single issue identifies a church: Who LGBTQ+ persons are in the eyes of God and the life of the church is not a peripheral question. On this score, most churches have been dead wrong — and deadly wrong — with untold harm done to persons. Changing churches’ teachings on this topic and even more, their ethos, is a priority in our time.

Human sexuality is not, however, the decisive issue that determines whether a church body is acceptable or not. Churches that support by policy LGBTQ+ members and leaders may be racist or classist. Do they deserve the honorific “affirming”? And can we resist the acute temptation that comes with it to think of ourselves as righteous without remainder?

Churches that have not adopted any policy may be in the midst of a profound process of discernment. Should they be labeled “harmful” for not yet declaring themselves? Churches that have decided that, for whatever reasons, they will not host same-gender marriage ceremonies at this time and make that known may still be firmly rooted in the faith and contributing to the welfare of their communities. Should they be assigned to a category that begins with the prefix “non”?

If every church had to be unanimously clear, at every moment, on every confessional and practical topic, none could be affirmed as Christian. Church Clarity should back off and let churches live into faithfulness, supporting the inevitable confusion along the way as well as the insight at the end of the process. Putting churches into classificatory boxes makes it more likely that they will stay in them.

(Barbara G. Wheeler is the former director of Auburn’s Center for the Study of Theological Education, which she founded in 1991 while serving as Auburn’s president — a post she held for 30 years. She is co-author of “Being There: Culture and Formation in Two Theological Schools” and a member of the Presbyterian Church (USA). The views expressed in this opinion piece do not necessarily reflect those of Religion News Service.)