Most US Jews oppose Trump but the Orthodox stick with himmonthly horoacopeThe vast majority of Jews did not vote for Trump, exit polls showed. But those who identify as Orthodox were the most supportive of Trump on Election Day and continue to give him high marks. 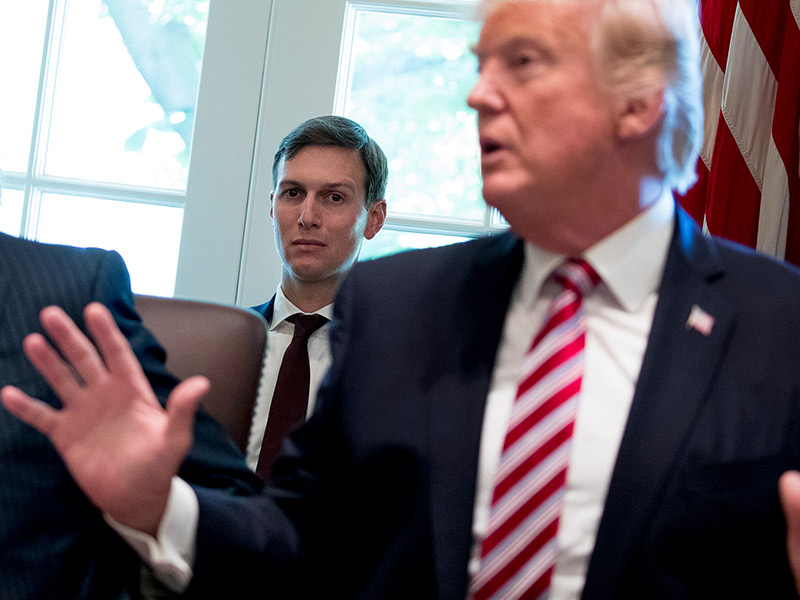 (RNS) — A new survey of U.S. Jews offers a breakdown of the Jewish vote in favor of President Trump and suggests those divisions — among the major streams of Judaism — remain fairly constant nine months later.

Though the majority of Jews did not vote for Trump, exit polls showed, those who identify as Orthodox were the most supportive of Trump on Election Day and continue to give him high marks.

Fifty-four percent of Orthodox Jews say they voted for Trump, according a new survey by the American Jewish Committee, or AJC. That was well above 24 percent of Conservative Jews, 10 percent of Reform Jews, 8 percent of Reconstructionist Jews and 14 percent of respondents who identify themselves as “just Jewish.” 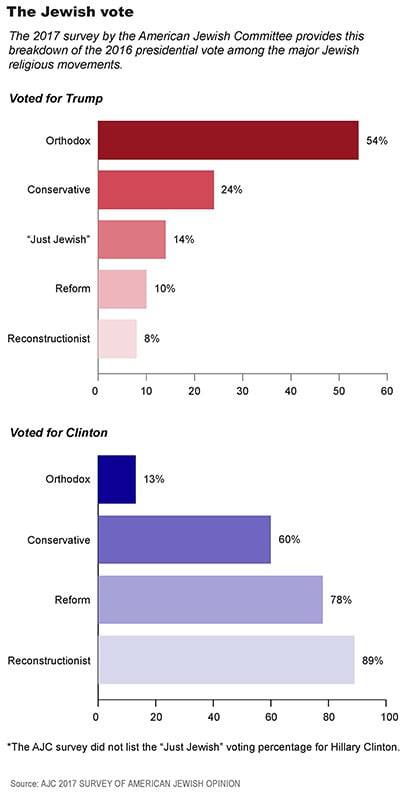 The survey also shows that when it comes to politics, American Jews don’t differ much from the rest of the American public: Those who voted for Trump still support him; the far larger contingent that opposed him still opposes him.

That suggests a wide and growing polarization between Orthodox Jews, who comprise a minority of the U.S. Jewish population and tend to skew conservative, and the far larger Reform and Conservative movements — as well as the small but influential Reconstructionist movement — that comprise the majority of U.S. Jews and skew liberal.

Just about the only issue on which the two groups appear united is their belief that anti-Semitism is growing. 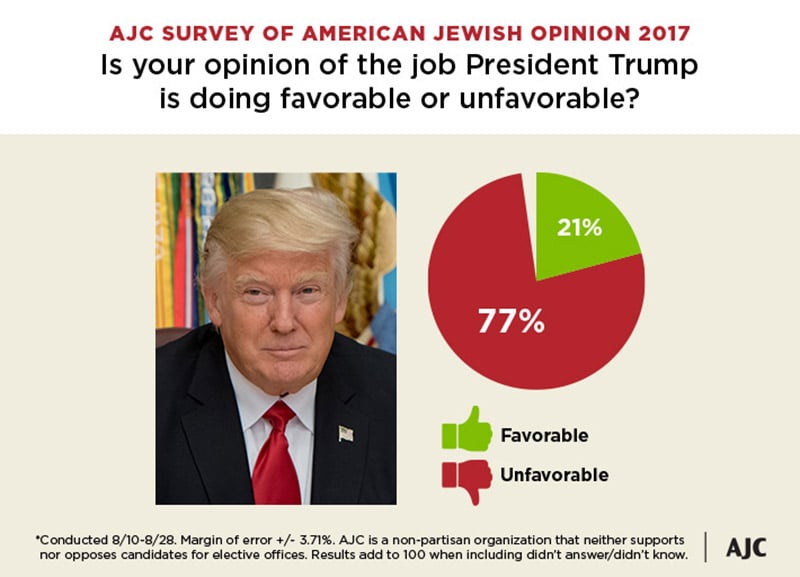 Support for Trump among Orthodox Jews on Election Day does not seem to have waned, according to the AJC poll, even after Trump infuriated many American Jews with his response to white supremacist violence in Charlottesville, Va., last month: 71 percent of Orthodox respondents viewed Trump’s performance favorably.

“Attitudes towards the president, both pro and con, have remained largely static since Election Day, and within the Jewish community the discrepancy between the Orthodox and other Jewish denominations on most questions is pronounced,” said David Harris, CEO of the AJC.

The annual survey of 1,000 respondents, conducted Aug. 10-28, has been a regular feature of the AJC’s work for decades. The most recent poll was conducted by the research firm SSRS and has a margin of error of plus or minus 3.7 percentage points.

“I think it’s very striking and insofar as the demographic trend in the United States is toward a large Orthodox population, this is something for American Jews and American Jewish organizations to be giving much more thought to. Organizations, including our own, the AJC, need to come to terms with the meaning of that big split.”